Yet another reason to visit the Lowveld... and stay at Nabana Lodge

In full flower now in May and June, poinsettias are making a spectacular sight in gardens and on the roads near Nabana Lodge in the Lowveld of Mpumalanga

Poinsettias, or commonly named the Christmas plant, is in full colour during May and June in South Africa. Next to Nabana Lodge the double poinsettia is grown as a roadside hedge on a banana farm, making a spectacular display with its red bracts. The actual flower of the poinsettia is unassuming and do not attract pollinators. Often mistaken for flowers, it is the bracts (modified leaves) that have the distinctive red colour. The bracts need 12 hours of darkness a time to create the colour, a process known as photoperiodism, and abundant daylight for the colour to deepen. Typically a shrub or small tree it can reach heights of 4 meters.

Bracts vary in colour in different varieties, from the deep red to pink and white, to a pale green. Along the roads in the Lowveld you will find the deep red double poinsettia, the single red variety, as well as the miniature white.  A native from Mexico, this attractive plant was introduced to the United States by Paul Roberts Poinsett, the first US ambassador to Mexico and 12 December is celebrated as Poinsettia day to mark his death in 1851.

Legend has it that in 16th century Mexico a little girl called Pepita, who too poor to provide a gift to celebrate Christmas day, collected weeds from the roadside to place on the altar. These sprouted, becoming the beautiful plants now associated with Christmas.

It is also on this plant, with the scientific name of Euphorbia pulcherrima, that Paul Ecke jnr .built his empire when he devised a technique that caused seedlings to branch. The Paul Ecke ranch in California provided 70% of all poinsettias sold in America and had 50% of the sales in the world. The secret was out when a university graduate published a paper on the technique and his share of the market plummeted. Here in Hazyview propagation is very easy. When the plants next door were pruned, we used the cuttings as stakes to uphold saplings in the nursery and these sprouted and grew faster than the saplings! Even the bracts cut for table decorations root quickly and can be planted within a week.

Come to the Lowveld to experience the Poinsettia’s beauty whilst staying at Nabana Lodge, located within easy distance of the roads on the Panorama Route. 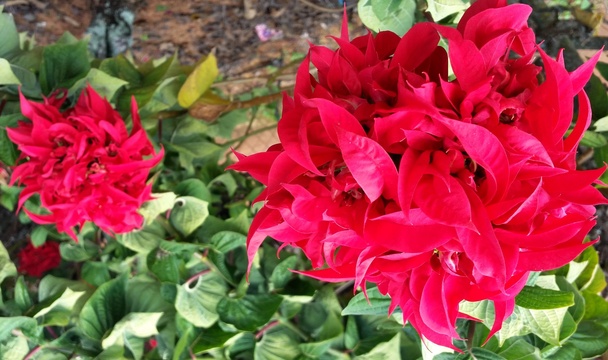 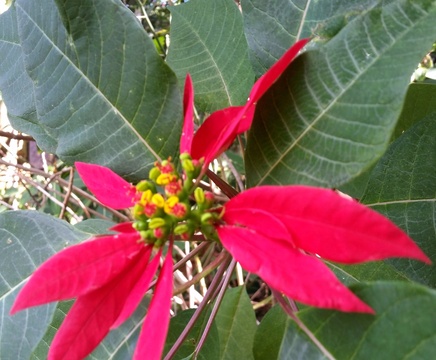 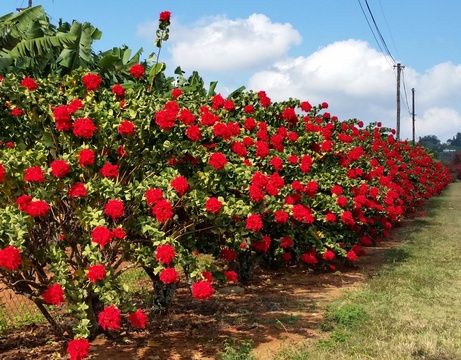 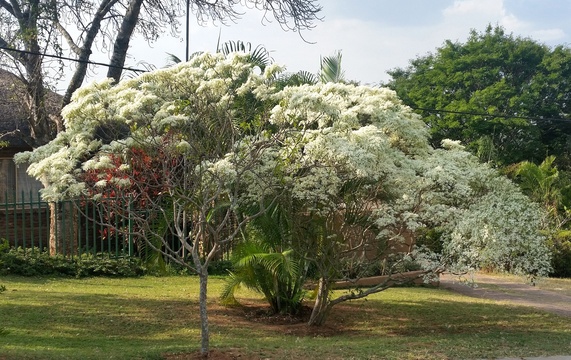