Unusual visitor at Nabana Lodge, near Hazyview, during December 2015

Early one morning last December, I noticed a brown shape bounding around at the bottom of the property. Assuming it to be a steenbokkie, but surprised as to how it entered through the electric fence, I walked down for a closer look. The sight took my breath away, as here hopping around the termite mound was a large clay brown eagle with fully feathered legs and classical powerful body shape.

At first mistaken for the Tawny Eagle, the prominent yellow gape extending to behind the eye and two pale bars on the wings identified this magnificent bird as a juvenile Steppe Eagle, A.n.orientalis. The other clue to its identity was its silence – a feature of the Steppe Eagle in migration. The magnificent appearance was somewhat diminished by the comical hopping around on the termite hill. Steppe Eagle feeds mainly on termites and a single bird requires between 1600 and 2000 termites, a highly nutritious prey, per day.

The Steppe Eagle is a summer visitor from Eastern Europe where they breed. They usually migrate in flocks following rain fronts, and as to how this single specimen got separated from the flock can only be speculated upon. It certainly is the first time in the nine years we have been here that we had a visit here at Nabana Lodge from the Steppe eagle. Although we were very excited, the resident Hamerkop was badly put out and his raucous screeching could be heard all day long. 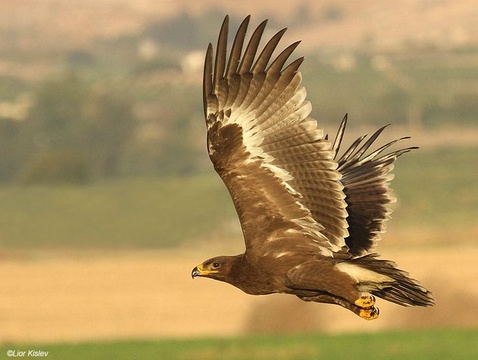 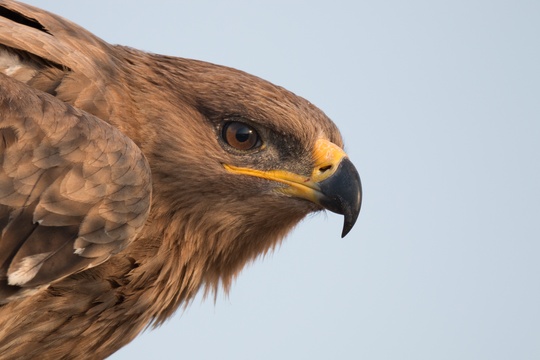