Halted in my tracks by a spectacular sunset, the business of wedding banquetting was placed on hold to capture these moments of glory.

Running around during a wedding banquet at Nabana Lodge, I was entranced by the dramatic sunset over the banana plantations and mountains in the background that begged captivation on film.  Soft light streamed down, changing into a golden flush and ending with glorious light beaming back into the sky – a visual blessing on marriage vows exchanged earlier that afternoon..... 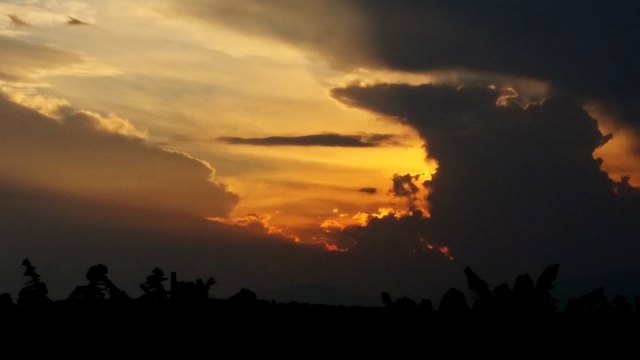