10 Species of Palms at Nabana Lodge lend a tropical ambience

The gardens of Nabana Lodge are characterised by its many palm trees, lending a tropical appearance to the lodge and enhancing its ambience of serenity. Ten of the more than 2500 species of palm trees can be found here, with over 50 Queen Palms (Syagrus romazoffiana) alone in the garden. This palm has a gracefully droopy canopy and showy yellow flower clusters, with fruit clusters up to 6 ft in length. Dead fronds are persistent and present a challenge in pruning when trees reach heights of 8m and more. And no, you can not merely pull the dead fronds off as a local strong man wanted to prove, leaving him swinging from the branch like Tarzan, but having to admit defeat eventually (when ego gave in to exhaustion).

Palms are evergreen and make a dramatic statement, especially the 30m + Roystonea regia (Royal Palm) and Caryota gigas (Giant Fishtail Palm) specimens in the garden. Sparrows favour the leaves of the giant fishtail palm for nesting and it is forever having a “bald” appearance. The flowers are pale cream to yellow, also presenting in large clusters. The sheer height of the royal palm presents danger in the large sheaves of leaves dropping down with an almighty crash, and flattening everything in its wake!

Palms can be divided into 2 major groups – those with fan-shaped leaves and feather-shaped leaves, and species of both are found here. An example of a fan tailed palm, the Washingtonia robusta, or Mexican Fan Palm, grows near the pool deck and  is host to both palm swift s and bats - a true condo - with the swift flying out in the morning upon the bats return, and reversing it in the evening. For this reason, we do not prune the leaves, leaving nesting habitat for both bats and birds (and in the natural order of nature, a feeding ground for the barn owls).

No matter the size, palm trees are amazingly resilient to even hurricane force winds as a result of the structure of the wood, allowing the tree to bend, and adventitious roots, which stabilizes the tree. We have witnessed indigenous trees here coming crashing down in a storm, where the palms bend virtually vertically, but does not break.

Flowers are pollinated by insects or wind, and in most of the species found here, fruit is born in clusters on a fleshy spike. As the fruit ripens, it drops to the ground, where the patient gardener has to pick it up daily to maintain order! Seeds of the Queen palm especially propagate quite easily and numerous seedlings can be found growing under the trees.

Species in the garden at Nabana Lodge are the Royal Palm, Queen Palm, Giant Fishtail Palm, Fishtail Palm, Mexican Fan Palm, Christmas Palm, Bamboo Palm and Fountain Palm.Two other species on the property command mention, one being the Bottle Palm (Hyophorbe lagenicaulis), which is on the critically endangered list in the wild. This tree in maturity is quite short and has a bottle-like appearance. The other is the Travellers Palm, Ravenala madagascariensis, which in fact is not a palm at all, but a member of the family Strelitziaceae.

There are only five indigenous palms in South Africa: the Kosi Bay Palm, Wild Date Palm, Pondoland Coconut, Ilala Palm and Borrasus aetiopum – unfortunately not a single specimen at Nabana.

But do not believe me – come stay over and see for yourself!! 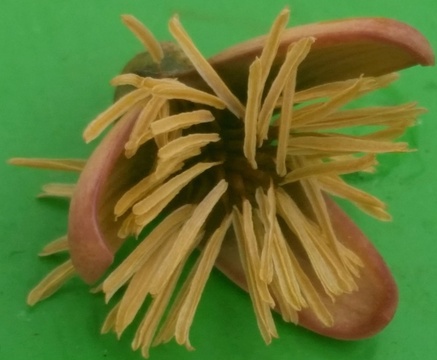 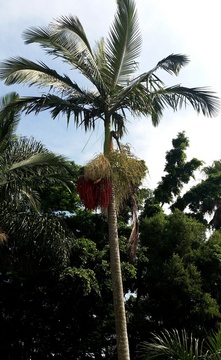 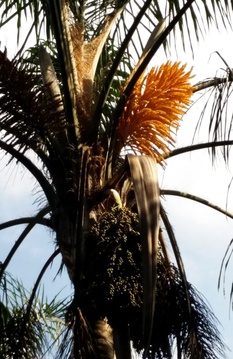 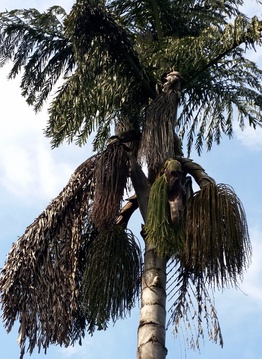 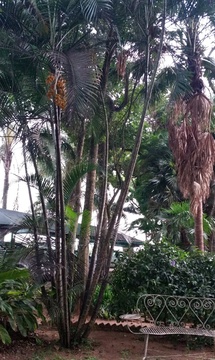 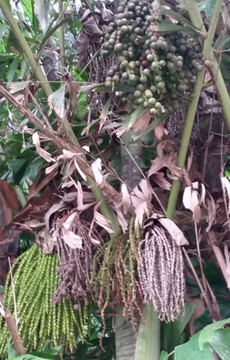 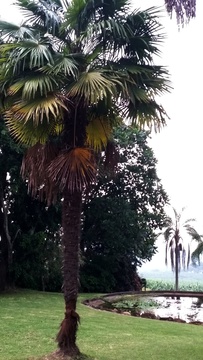 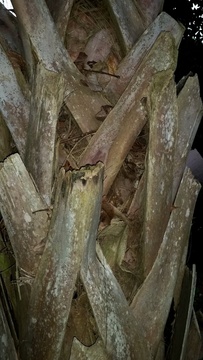 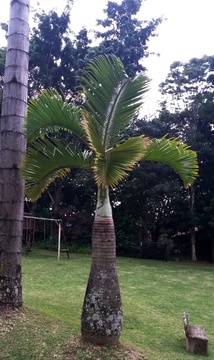 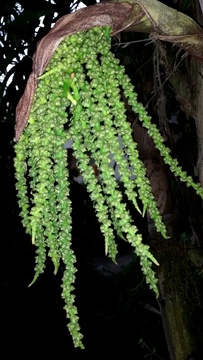