Why are there white bags on Banana bunches - and why are some Blue? 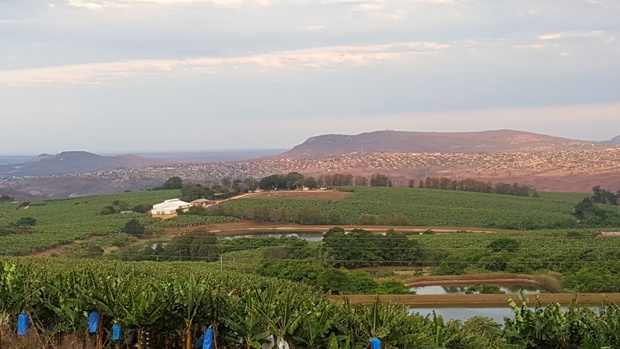 A layman’s answers to the above questions, and a bit more......

Well you see, the market demands the perfect fruit and any friction or other contact on the green banana makes the black mark on the fruit when ripe. Also, red spider mite affects the fruit, and  when spraying for this pest, the bag contains the chemicals and prevents it from being blown away by wind. It is a very labour intensive practise as bags have to be fitted manually and every bunch sprayed at the right time. The colour? White for larger bunches and blue for the smaller ones – no secret colour codes....

Oh yes, a banana demands gentle care. When bunches are ready to be harvested, the farm trailer is padded and each bunch cut and placed into a separate bag before being transported to the pack house. Here the bunches are manually removed from the trailer and hung on large hooks that rotate mechanically. At the end of the line awaits the reaper with his sickle knife where he cuts the hands from the bunch to go into the chemical trough to remove the latex, from where the ladies sort according to size. Each farm has its own production name and the hands are packed carefully into branded boxes before being collected to go to the market.

Banana plantations are known as “walking” plantations, as the mother plant, once having born fruit is cut down and the new shoot appears at the side of the plant. When fully developed it bears a bunch of fruit, is cut down and the next shoot appears. These shoots will develop in the same direction, eventually causing havoc with the irrigation system, when on average after 15 years the plantation is cleared and re-planted. The first harvest is approximately 18 months from establishing the plant. From when the flower is formed until the bunch is harvested takes approximately 6 weeks in summer and 4 months in winter with the average weight of a bunch weighing in at 60 kg. The record weight for a bunch is held by the farm surrounding Nabana Lodge - a massive 95 kg!

Chemical fertilizers are used, but feedlot manure is a great source of micro-elements, phosphate and micro-organisms and gets delivered on roadside by the ton from where it is worked into the plantations – hence the very pungent farm smell in the area from time to time!

Apart from the fruit, the flower of the banana plant is used in Malayan dishes such as soups and salads. I have tried, but could not get rid of the very bitter taste of the latex - there has to be a secret to this! Jennifer van Wyk from Kiepersol also uses the fibrous stem cover of the plant by cutting it into strips and rolling it up to dry. When wetting the bark, it becomes pliable again and is are used as decorations and in flower arrangements. She also created a magnificent african xmas tree using the stem and crafting branches from dried aloe heads.

Though delivering fruit throughout the year, the banana is also very fickle regarding where it will grow. It needs a loam/sand soil mix, specific humidity, temperature and rainfall – and the Kiepersol area near Hazyview fits the bill perfectly. Legend has it that a farm manager in the area planted bananas to stabilise the edges of the canal built during World War 2. The plants grew so prolifically that a new farming industry was born – and as they say in the classics – the rest is history.........

Nabana Lodge is surrounded by the banana farms in the Kiepersol area. This is of course also where the name comes from. Upon deciding to farm bananas and considering the name for the new enterprise, the very enterprising young farmer decided upon Nabana. With later business development it became Nabana Park and is now known as Nabana Lodge. 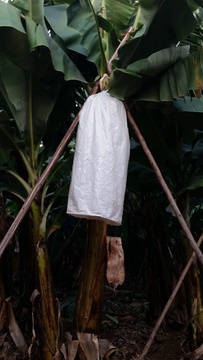 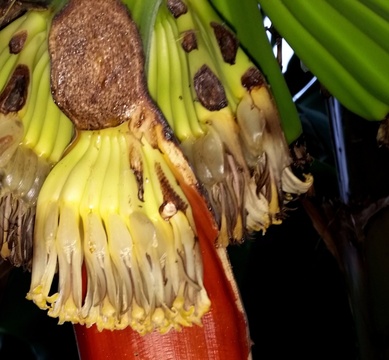 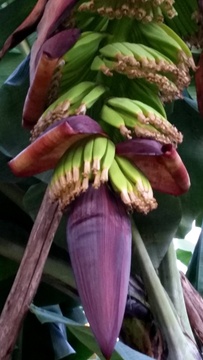 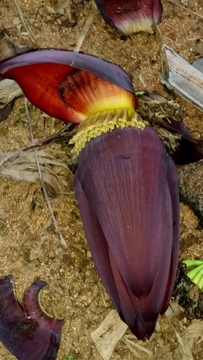 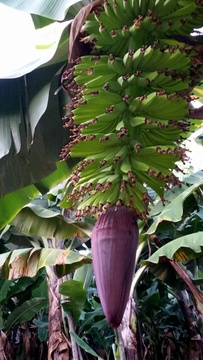 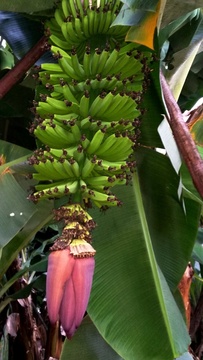 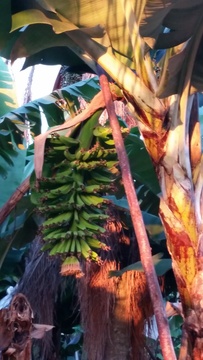 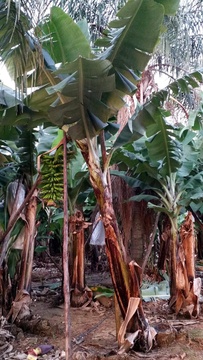 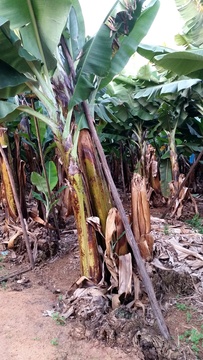 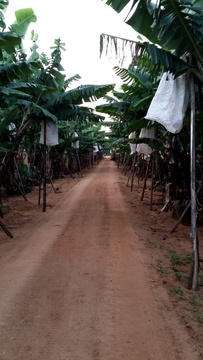