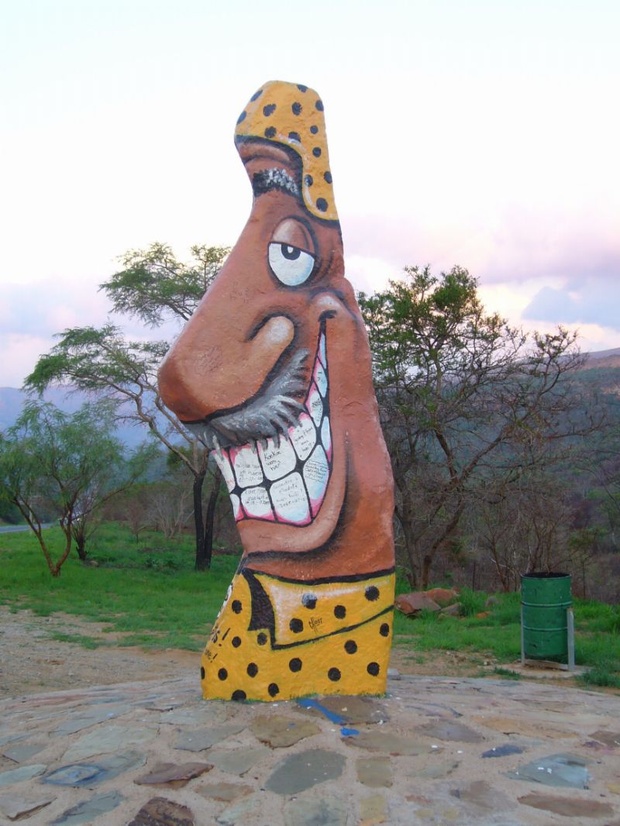 you will find Old Joe, sentinel on the N4 at Patatanek

After “why are some bags white and others blue?” the second question most often posed by guests at Nabana Lodge is about Old Joe, the 2.5m rock on Patatanek  on the N4 highway from Gauteng.

Well.... thanks to the vision and foresight of Joe Barbas, the site supervisor during the construction of the first road through Schoemanskloof, this icon has been guarding the Patatanek pass since 1927. When the rock was discovered whilst building the road, Joe saw the likeness to a man with a big “boep” and had the rock erected on the side of the road. Named Old Joe after Joe Barbas, his first likeness was exactly that.

Major Claude Graham from White River used to take groups of teenagers on hiking trips during school holidays in the area and under his guidance they regularly painted a new likeness on Old Joe. The road was upgraded in the 1950’s to a comfortable tarmac highway, but Old Joe was retained as sentinel. Through the years he took on the likeness of chef, toff, pirate or waiter, rugby Springbok and even a Galito’s chicken.

Now under guardianship of TRAC and Wouter de Witt aka “Ghost”, the cartoonist from Nelspruit, he gets a regular coating of paint, as commissioned by various organizations. Wouter saw the rock differently, with the protrusion as a “nose” instead of a “boep” and has been painting Old Joe since 2005, giving him a fresh lick of paint every few months. He has been skilfully transformed into cricket players, the virgin mother and child, a cat and the Webb Elis Cup, amongst other likenesses. Commemorating 90 years of Old Joe's vigilance, he was “dressed” in his 1969 likeness again last year by Wouter.

Once you pass Old Joe, you can set you distance meter for Nabana Lodge – exactly 100 km from there!

With permission from TRAC for information and images.

Do stop and take some family photographs with Old Joe

Book now at Nabana Lodge to experience the Lowveld 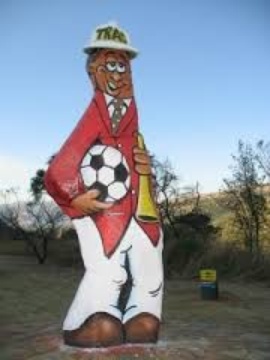 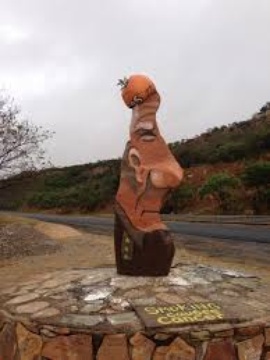 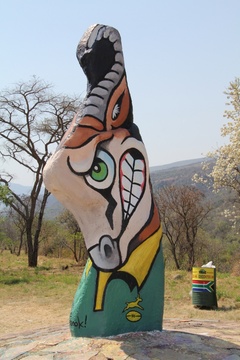 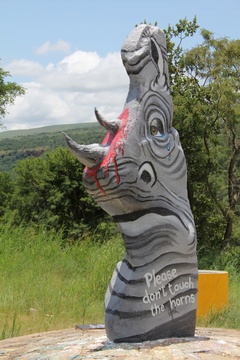 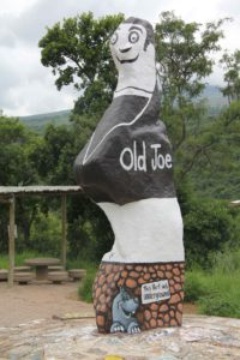 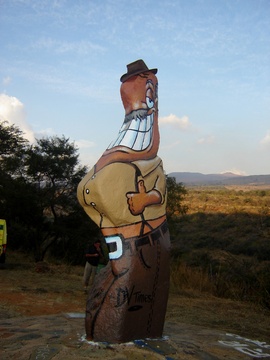 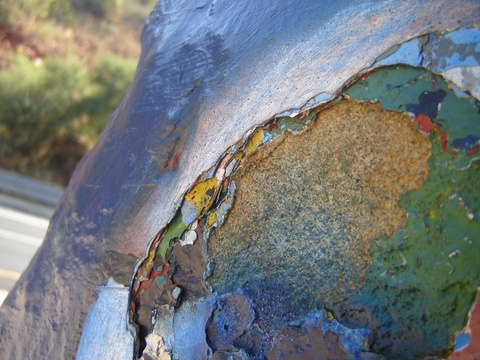 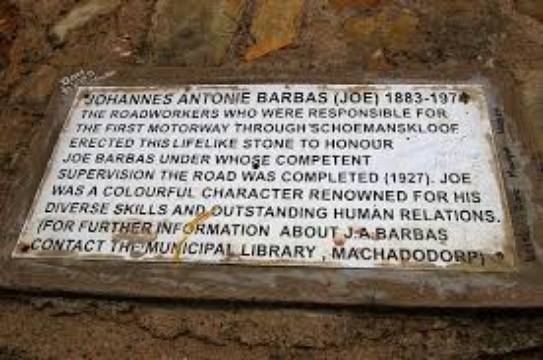