Is it true? A glass skywalk at God’s Window... 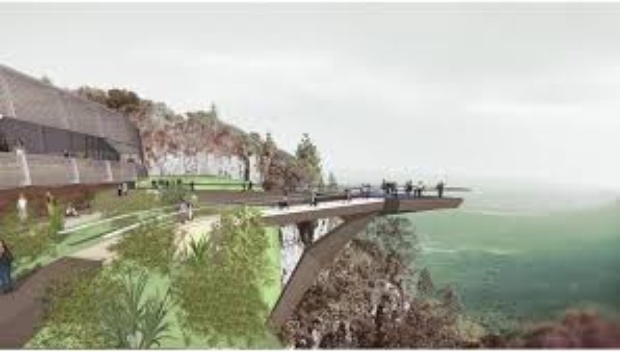 As anyone who has been there can testify, on a clear day the view from God’s Window extends across the Kruger National Park as far as the Lebombo mountains on the border between South Africa and Mozambique. You would think it cannot get better than this, but now a proposed glass skywalk with a sheer drop of 700m over the Blyde River Canyon stands to become a reality. The proposal for the project, with a cantilevered glass walkway protruding 12 m over the world’s largest green canyon, with 360 degrees panoramic views, has been presented to treasury at the end of June 2017. Currently, over 100 million tourists visit the Blyde River Canyon annually, and the skywalk development will bring the area into international prominence. The 700m drop of the Mpumalanga Skywalk will exceed that of the similar skywalk at the Grand Canyon in the USA (between 150m and 280m) and the Zhangjiajie Class Bridge in China which is 260m at its highest point.

Redevelopment of the wider area, enhancing existing observation areas, include a new visitor centre with food and beverage facilities, improved parking and formal retail areas for local craftspeople. The Skyway Complex will consist of a lower and upper level.

This project, and further proposed developments such as the proposed Blyde River Canyon cableway, has key employment targets, with these initiatives resulting in the creation of an extra 720 000 jobs by 2020 in Mpumalanga.

Upon approval of treasury,”the next step will be to compile the bid documents as part of the procurement process. This will allow Treasury to grant the project a TA 2 approval,” said, Xolani Mthethwa, Mpumalanga Tourism and Parks Agency head. Once this is done, a preferred bidder will be selected and negotiations will begin. Mthethwa said it is expected that the PPP process will be finalised by June 2018 if all preparations go according to plan. With a budget for the project set at R84 million, a business-ownership model is currently being developed to meet the demands of all parties concerned.

Stakeholders hope to allow communities and residents of nearby areas to derive economic benefits from the development of this portion of land. The Skywalk Project would be managed by a consortium involving the local communities surrounding God’s Window in partnership with the Mpumalanga Tourism and Parks Agency (MTPA) and other project developers including the Industrial Development Corporation (IDC).

Executive Director of Kruger Lowveld Tourism, Lisa Sheard, says the project is a great idea that would be fantastic for the region. She points out that proposal for the Skywalk is not new. The skywalk has been on the cards for 12-15 years, says Sheard, adding that it is the “brainchild of Campbell Scott”, who is the owner of Skyway Trails in Hazyview and co-developer of the Graskop Glass Lift.