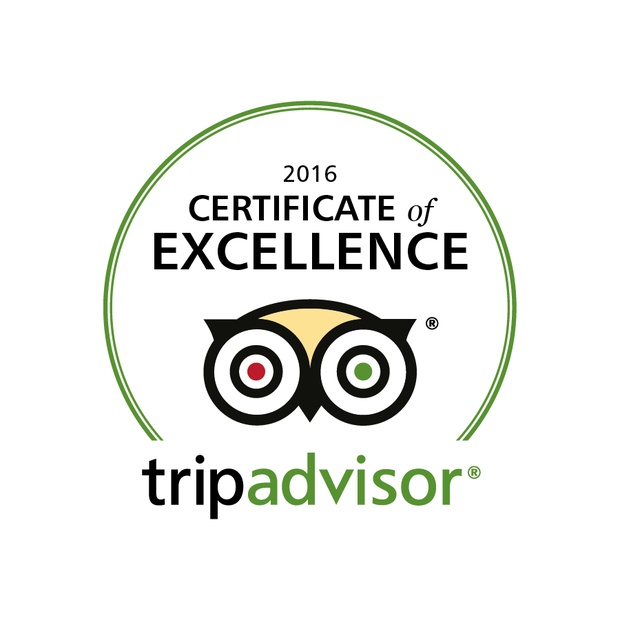 Nabana Lodge is over the moon with our recognition of great service with the Tripadvisor Certificate of Excellence 2016!

We have yet again been recognised for great service by Tripadvisor. It is the second consecutive year that Nabana Lodge has been awarded this prestigious award and management and staff are delighted. Receiving the Tripadvisor Certificate of Excellence for 2016 is a great accolade and inspires and motivates the Nabana team to maintain and even further improve on standards of service. We are greatful to all our guests that took the time and effort to write a review.

Now in its sixth year, the achievement celebrates hospitality businesses that have earned great traveller reviews on TripAdvisor over the past year.

The Certificate of Excellence accounts for the quality, quantity and recency of reviews submitted by travellers on TripAdvisor over a 12-month period. To qualify, a business must maintain an overall TripAdvisor bubble rating of at least four out of five, have a minimum number of reviews and must have been listed on TripAdvisor for at least 12 months.