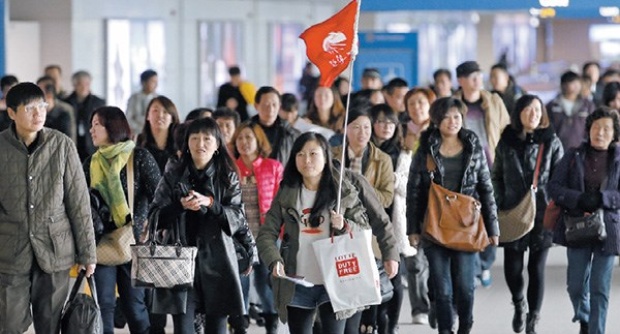 Issued by the Ministry of Tourism, 15 Feb 2016.
Changes in visa regulations will stimulate growth in the tourism industry, particularly for Chinese tourists. Long-term multiple-entry visitors’ visas and ten-year multiple entry visas can be applied for subject to criteria. The Department of Home Affairs also made changes to regulations regarding children travelling.

Tourism Minister Derek Hanekom has welcomed the recently-announced changes in visa applications as a positive step towards putting growth in the tourism sector back on track.
“These changes pave the way towards growing the tourism economy without compromising security, and have been widely welcomed by the tourism industry,” said Minister Hanekom.
The Department of Home Affairs last week announced that Chinese tourists travelling to South Africa, whose travel arrangements are facilitated through an accredited travel agent, will no longer need to apply in-person at Visa Facilitation Centres in China for their visas. Accredited tourism companies in China will now be allowed to apply on behalf of their clients, and the biometric data of Chinese travellers will be captured on arrival in South Africa.
It will also no longer be necessary for Chinese tourists travelling in groups to provide three months of bank statements to prove that they have sufficient financial means to travel.
The new measures are detailed in an Immigration Directive which has been sent to the Department of Home Affairs’ Foreign Offices, all consular services that fall under the Department of International Relations and Cooperation and to visa processing centres abroad.
Minister Hanekom said the revised rules would make visa applications much easier for Chinese tourists. The new measures are in line with multilateral agreements in the World Tourism Organization (UNWTO) which advocate ease of travel as a means of promoting tourism development and multiplying its socio-economic benefits. Openness improved worldwide in 2015, with the UNWTO reporting that 39% of the world’s population can travel for tourism without obtaining a traditional visa prior to departure.
“We are confident that China will resume its position as the fastest growing source market for tourists to South Africa in 2016,” said Minister Hanekom.
The accreditation of travel agents in India will be finalised before the end of this month, and the process of identifying travel agents in Russia and key African tourist markets is underway.
For information of travel operators and all tourism stakeholders, the changes announced by the Department of Home Affairs last week are detailed here for clarity:
• Passport holders of the People’s Republic of China, whose travel arrangements are facilitated through an accredited tourism company, will no longer be required to apply for a visa in person.
• The biometrics of arriving tourists will now be captured at ports of entry, starting with OR Tambo International Airport, Lanseria International Airport, King Shaka International Airport and Cape Town International Airport.
• Long-term multiple-entry visitors’ visas have been introduced for up to three years for frequent travellers, business people and academics.
• Ten-year multiple entry visas will be granted to business people and academics from Africa.
• Travellers in transit through Lanseria, King Shaka, Cape Town and OR Tambo international airports will no longer require transit visas.
With respect to SA children:
• School principals will now be allowed to confirm permission for South African children to travel abroad on school tours, in lieu of individual parental consent forms. A standardised template for the process of confirming permission to travel is available on the Department of Home Affairs website.
• The parental consent affidavit has been extended to six months for South African children who are travelling unaccompanied or with one parent.
The Department of Home Affairs has indicated that further changes in immigration requirements decided by Cabinet will be announced as soon as they are finalised.
Travellers and tour operators should also be aware of immigration regulations which have not yet changed:

• Children travelling to South Africa from visa exempt countries will still need to carry their unabridged birth certificates (UBC), and other supporting documentation as required by the existing regulations, until the changes to those regulations have been effected and announced. The Department of Tourism is in intense discussions with the Department of Home Affairs to implement the Cabinet decision that children from visa-exempt countries will no longer be required to carry UBCs but rather, where both parents or guardians do not accompany the child traveller, be strongly advised to carry proof of the relationship and consent from the absent parent/s or guardian/s. The Department of Home Affairs has indicated that the revision of regulations regarding the UBC is underway.
• Original birth certificates or certified copies must continue to be submitted as part of the visa application process for inbound travellers from countries which require visas to visit South Africa.
The commitment of the Department of Home Affairs to consider a visa waiver for India, China, Russia and other countries, and to consider issuing visas on arrival for travellers to South Africa who have valid visas for the UK, USA and Canada, or any other country that applies stringent checks on visitors to their countries, is welcomed.
The tourism sector, and ultimately its contribution to the economy and livelihoods, benefits from all steps to open access. Global safety, however, remains paramount and cannot be compromised.